Spain haven’t lost a game in a European Championships since 2004. An obvious fact giving that they are two time reigning champions, it does however just sound very impressive.

When I reviewed Spain’s first game against the Czech Republic, I pointed out the lack of an obvious world class no.9 for Spain and Del Bosque duly gave both Alvaro Morata and Aritz Aduriz air time against Petr Cech and co. Yet it took an 87th minute winner from a certain Gerard Pique to secure the three points. Spain looked good, they dominated possession, played some lovely intricate passing play on the edge of the box but the actual act of scoring seemed that it was going to be too greater ask. So are goals going to be a problem once more down on the Riviera? END_OF_DOCUMENT_TOKEN_TO_BE_REPLACED

Is the end of Spanish dominance in the Euro’s ending? Its golden generation is drawing to close with Iker Casillas and Andreas Iniesta making their last appearance in European football’s showpiece event but can Vicente Del Bosque muster one last journey with the players who have delivered so much success? END_OF_DOCUMENT_TOKEN_TO_BE_REPLACED 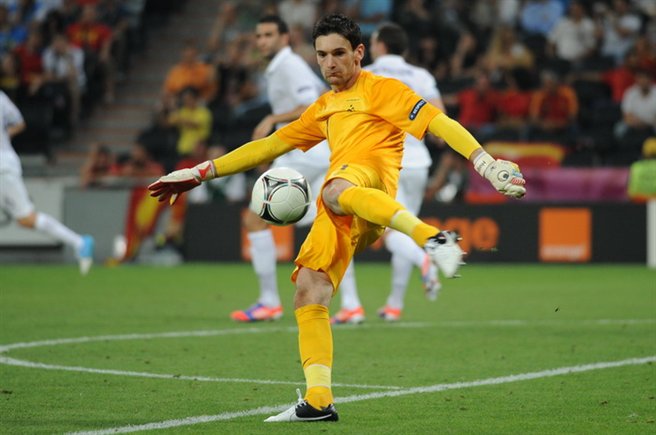 Here we are, about to begin of the one of the best months of the year, Euro 2016. And what better way to start The Sweeper’s ‘GAME OF THE DAY’ than with the hosts on the opening night.

The omens seem good for France who have a somewhat magical relationship between hosting and winning football tournaments. Whether it be the Michel Platini led side for France ’84 or the Didier Deschamps inspired 1998 World Cup winning side, France just seem to love to win on home soil and their hopes for Euro 2016 are no different. END_OF_DOCUMENT_TOKEN_TO_BE_REPLACED

In the world of expensive centre backs, Manchester City’s current crop ranks right up there with both Mangala and Otamendi costing the naughty side of £30million but neither have set the world alight with performances that match their respective price tags. Now with Guardiola arriving in the summer, and wholesale change a foot with this aging City squad, defenders are once more high on the agenda.

As Raphael Varane and Marquinhos respective stars stall somewhat, at least in the eyes of the British media, Guardiola appears to be targeting two of the brightest prospects from the ‘next generation’ of centre backs currently playing in Europe. END_OF_DOCUMENT_TOKEN_TO_BE_REPLACED