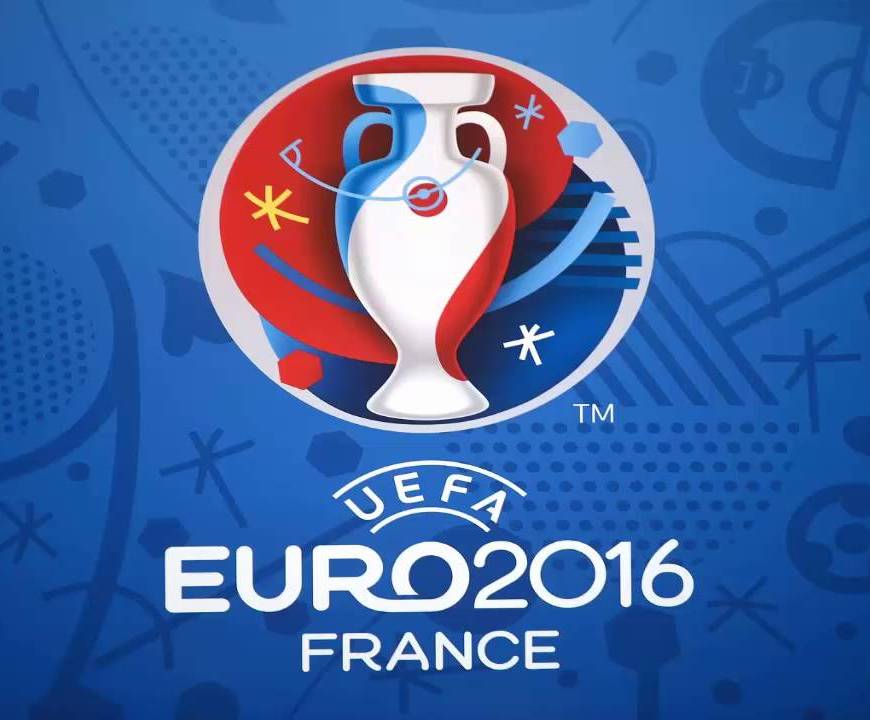 Remember the start of the tournament? Remember when we were full of hope that goals would rain like… like well, rain in an English summer? The opening game had been intriguing if not explosive and in this sense, was an omen of what was to follow for much of the next four weeks. After gaining a lead and then throwing it quickly away, hosts France were in danger of an underwhelming opening result in what still looked like a forgiving group A. END_OF_DOCUMENT_TOKEN_TO_BE_REPLACED 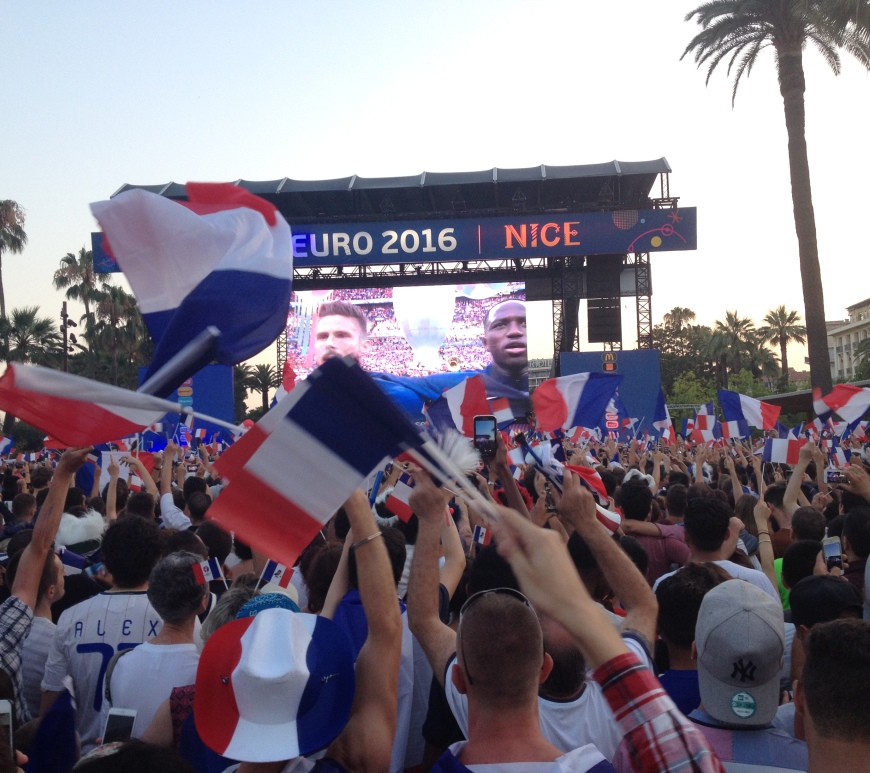 It’s the day after the final. Euro 2016 has drawn to a close and the French fairytale lays in ruins at the feet of one man. Eder. The most unlikely hero from the most unfancied result, it’s as if Chico actually did win X-factor.

As has been the case for most of the last fortnight, I was there, in a fan park wanting France to fulfil a journey that seemed more than a quest for footballing victory, it had become a unifying act for a country that has had more than its fair share of woes in the last year.  END_OF_DOCUMENT_TOKEN_TO_BE_REPLACED 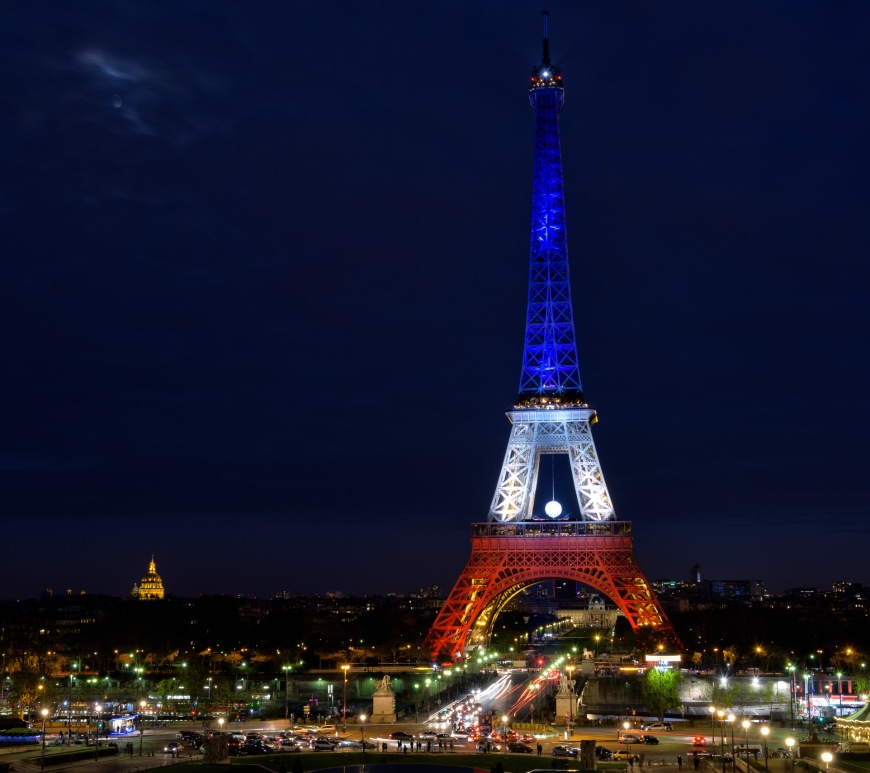 It’s finally here. After the magic in Marseille and the lethargy in Lyon, it’s final time for Euro 2016. After all the games, the goals, the misses and the surprises, it’s down to two. France vs Portugal in Paris playing out a final few expected a month ago. END_OF_DOCUMENT_TOKEN_TO_BE_REPLACED 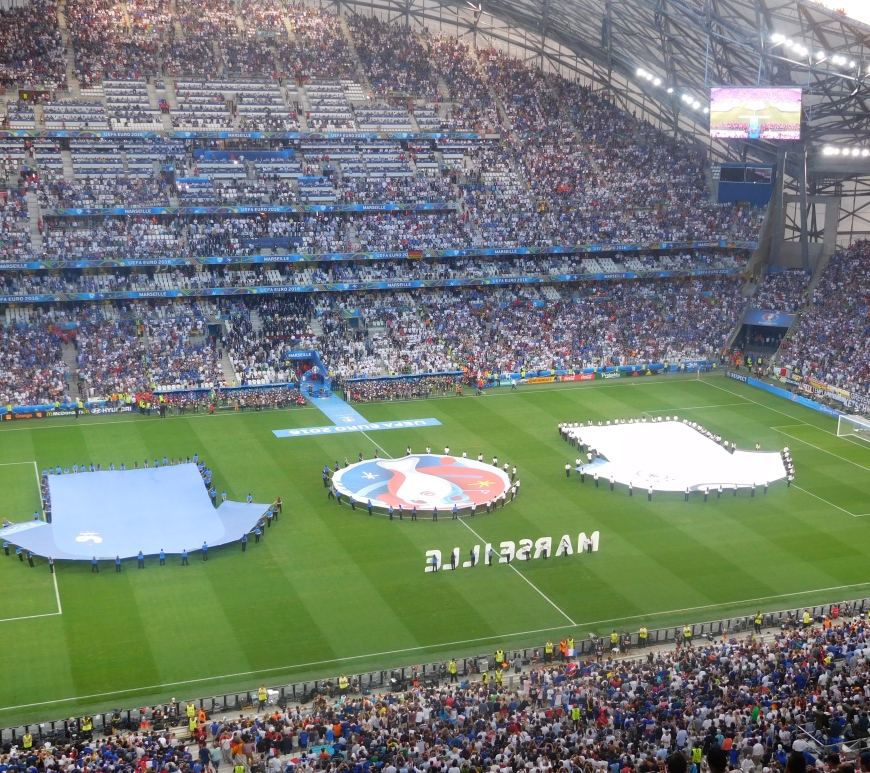 What a game. What a fantastic and unreal game.

The live experience of football is a very different animal to watching it on the TV. I was in Nice for England/Iceland and it was absolutely clear that England were dreadful but it was only after reading and listening to the various recriminations that it was clear just how much of a steaming pile of faeces England actually were.

There can be absolutely no denying in how great a game France vs Germany was. In the Stade Vélodrom it felt like you were watching a spectacle, something more than a semi-final as the stature of both teams resonated with their respective fans. This was their final.  END_OF_DOCUMENT_TOKEN_TO_BE_REPLACED 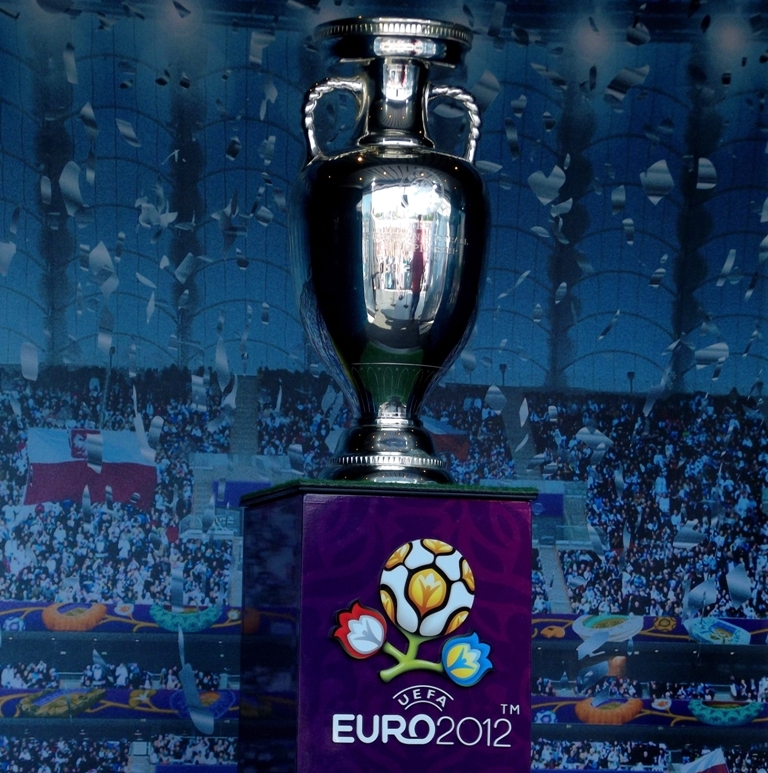 It’s now just two days until the final of the Euros, and excitement is building while we are waiting to find out which country will lift the trophy at the end of it all. When you think about it; what would winning a football tournament be without a trophy? We all like having something physical to celebrate and commemorate our achievements, and the world of top-flight football is no exception.

As you may or may not know, the trophy used for the Euros is called the Henri Delaunay Trophy – and it’s just as impressive as the tournament itself. So – first things first – who was Henri Delaunay? END_OF_DOCUMENT_TOKEN_TO_BE_REPLACED 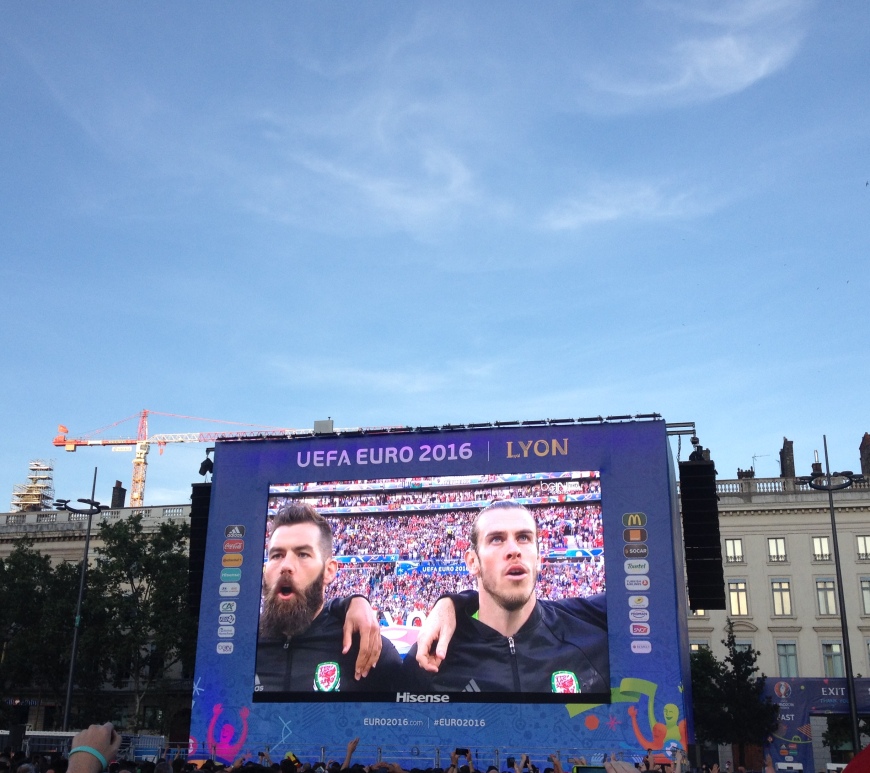 Three nights in Lyon, one semi-final. It was supposed to be the fan park experience that trumped all others as the Welsh came to town to oversee one of the international underdog stories in recent times. However much like the game itself the atmosphere underwhelmed as Wales went out with a whimper rather than a roar.

Headlines will say that Cristiano Ronaldo stole the show as ‘CR7’ matched Michel Platini’s goal scoring record for European Championships but that is a headline born out of mediocrity. No stars were made in Lyon as Wales failed to perform half as well as they did against Belgium and Portugal continued on their anti-nice footballing mission of trying to win this summer’s showpiece by any means imaginable.  END_OF_DOCUMENT_TOKEN_TO_BE_REPLACED 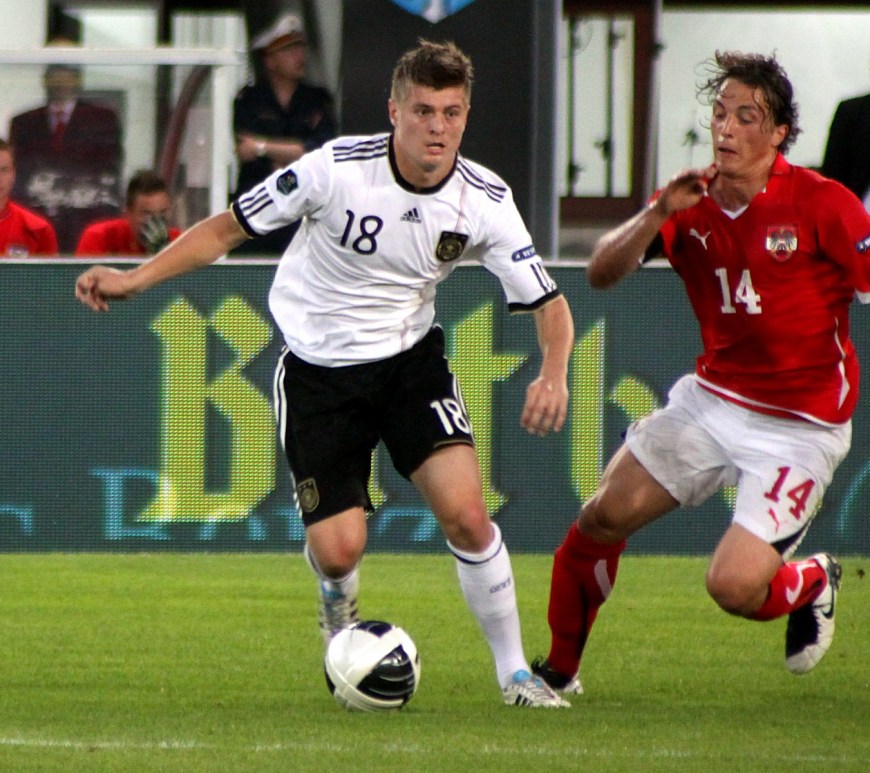 After a tournament scattered with surprises, Thursday night sees what will be a widely predicted line up for the semi-final in the bottom half of the draw; hosts and favourites France against World Champions Germany. END_OF_DOCUMENT_TOKEN_TO_BE_REPLACED 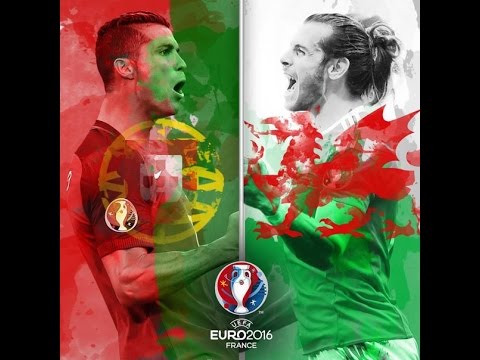 It’s one of the more unlikely semi-final couplings in recent times but it’s a game that has a narrative fitting for the big occasion. Gareth Bale’s Wales takes on Cristiano Ronaldo’s Portugal. The largest stars of Florentino Perez’s current crop of galatico’s, this is a game that has a domestic rivalry between team mates at its heart. END_OF_DOCUMENT_TOKEN_TO_BE_REPLACED 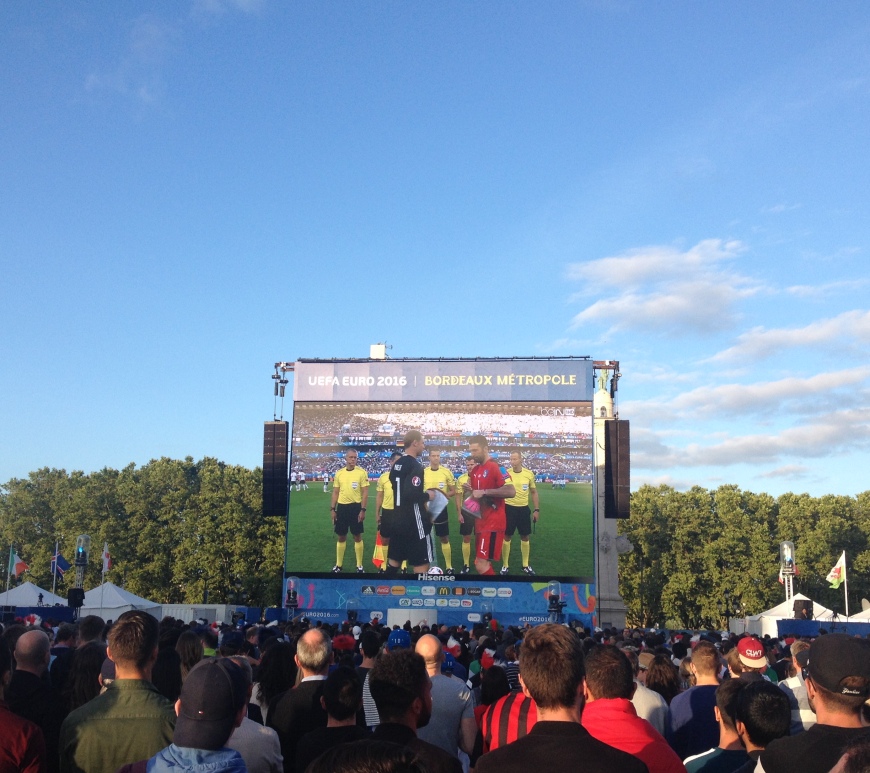 Here is the second part of my ‘I am in France and going to places where they show football travel extravaganza’ and in this edition it’s all about Bordeaux and Toulouse. Expect facial hair, Simone Zaza looking like a tit and the reaction of the locals as France keep on rolling on to the Semi-Finals… END_OF_DOCUMENT_TOKEN_TO_BE_REPLACED 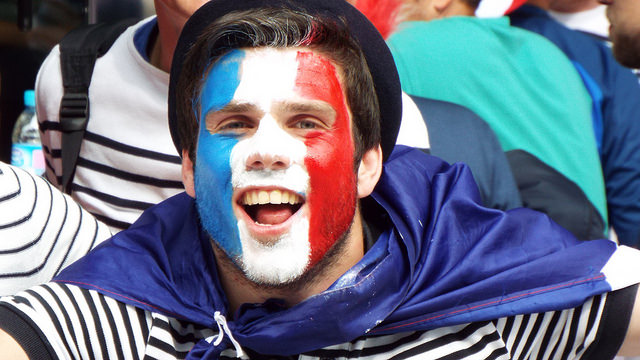 We’ve had one bore draw, a great team performance, a clash of European footballing giants and now this. If you thought England had to deal with pressure then think again.

Progress has been less than serene for Les Bleus’. They have been expected to win each and every game since the opening fixture comfortably and with stereotypically French levels of panache. Rather than respected foes, the hosts have been portrayed as navigating a slippery river crossing, knowing that one false step will result in total humiliation. END_OF_DOCUMENT_TOKEN_TO_BE_REPLACED